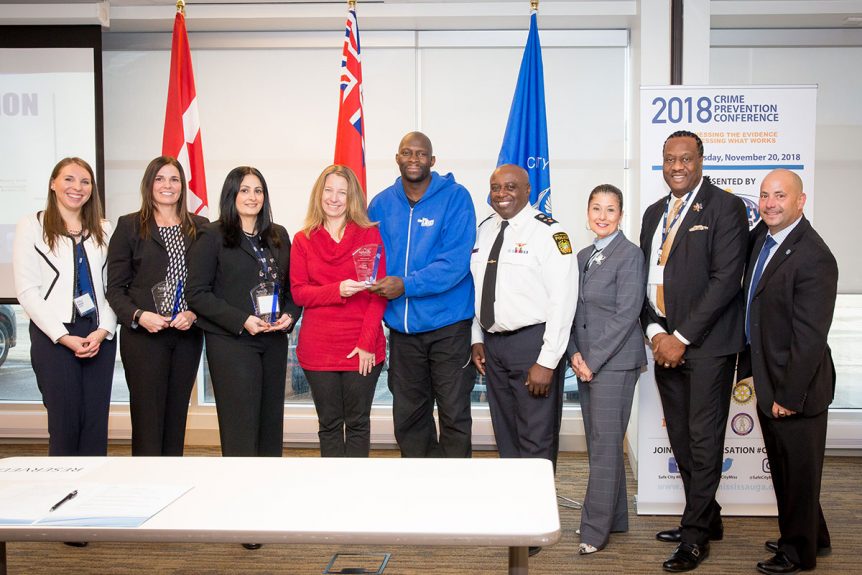 In July 1995 the doors of The Dam opened for the first time. It was named “The Dam Youth Drop-in” in the hopes that building relationships with youth while still at home and in the community would serve a preventative function like ‘a dam’ and stop the flow of youth from Mississauga to becoming homeless on the streets of Toronto beginning in the Meadowvale community. Each day at the drop-in staff used lunch, after school and evening programs to connect and stay engaged with the youth using specialized workshops in art, drama, writing; seminars in drug and alcohol abuse; life skills training etc… but most importantly, hanging out and having FUN! Over the years, the needs of the youth changed and so did The Dam.

In 2010 it was announced that The Dam was going to embark on a journey of expanding its programs to an additional neighbourhood in Mississauga. After some research, it was decided that The Dam would expand to Cooksville and a lengthy community assessment process began to help develop a youth engagement strategy that would reflect the needs and desires of the community and its youth. Outreach was conducted in 2011 through the local high school and in the community. In the Fall of 2012 the doors opened for programs in the house leased across the street from TL Kennedy Secondary School.

Both communities experience youth reporting that The Dam has had a positive influence in their life, are showing growth in capacity for healthy relationships while dealing with Adverse Childhood Experiences, have been kicked out or left home and, have a positive relationship with at least one staff or volunteer at The Dam.

In December 2002, Elaine was hired as a Police Constable for the Peel Regional Police. For many years she was assigned to Uniform Patrol at 11 Division, in Mississauga. She was also a member of the Peel Regional Police Bike Unit where she patrolled the park areas and engaged with members of the public within the City of Mississauga. In January 2007, Elaine was transferred to the Street Crime Gang Unit.

In November 2011, Elaine was selected to join the Major Drugs and Vice Unit where she conducted investigations in relation to human trafficking, prostitution, procuring, living off the avails of prostitution, pornography, illegal sale, manufacturing and distribution of liquor, illegal gambling and lotteries, gaming, bookmaking, adult entertainment parlours, bylaws, special occasion permits and after hours clubs. She would liaise with and make presentations to community groups, social agencies and all levels of government in relation to vice offences. She would also liaise with members within police divisions and update them on vice related offences and enforcement. Elaine would be engaged in this position for almost 4 years.

In April 2015, Elaine was selected to become a Drug Education officer within Crime Prevention Services. Her responsibilities included researching and developing drug awareness training within the Peel Regional Police and other groups such as High Schools, high risk individuals, families, corporations, other workplaces, community and cross cultural groups. She is responsible for developing drug awareness and reduction strategies for corporations, community, schools and other agencies and groups. She currently holds this position.

Rinku has been an exemplary leader in her community. She is very self-less in her service to the community and has made great contributions to the community. While leading Peel Crime Stoppers in partnership with the community and Peel Regional Police her leadership yielded unparalleled results. In 2017 alone, $ 8, 213, 987 worth of drugs were seized from the streets of Peel in addition to almost $100,000 worth of property being recovered. Rinku has contributed a countless number of hours towards this organization and yet remains humble and does not take credit for the hard work she does. Rinku brings out the best from everyone and is known to make people become like her. She has helped many volunteers with their growth in the organization as well as in their personal lives. Rinku is the type of leader whose focus isn’t to have the most followers but to create the most leaders who make our community a safer place to work, live, and visit.

Rinku’s passion to serve the community is not limited to Peel Crime Stoppers. She can also be seen serving food to the homeless in Toronto with Sewa Meals for Humanity. Serving food to the congregation at the local temples is also what she finds important.

I am writing today to endorse a highly appropriate candidate, Adam Lake for the Safe City Mississauga Award. I’ve had the esteem pleasure of supervising and mentoring Mr. Adam Lake within a professional capacity for the past 6 years. Adam proved to be not only a diligent and conscientious worker but also an effective leader. He has worked within Black-CAP (Black Coalition of AIDS Prevention), PHAN (Peel HIV/AIDS Network), and the Peer Program, working with the Government of Ontario, LGBTQ and Racialized/Marginalized communities to improve the lives of his communities and combat violence and reduce the crime rates that highly affect the Black and LGBTQ community. Adam’s caring and responsible nature certainly became one of our greatest assets, as he consistently lead his group in delivering meaningful community supports, while demonstrating a proficiency in government relations.

Adam’s drive and determination for social change was evident when he became an avid participant within the organizations listed above. This enabled him to work in collaboration with me for 6 years, as we constantly worked together to solve a problem and achieve a common goal that was mutually beneficial. He demonstrated an exceptionally high level of initiative within projects, and networked in a way that was astonishing. I later involved him with other organizations that I am involved with that deal with racism, Black education, mental health, HIV/AIDS, crime recidivism. Mr. Adam Lake will prove to be a striving force when he enters the political sphere, as his goal is ensuring equality, combating anti-discrimination, and fighting to end violence and promote love and inclusivity. Adam is a role model for racialized children who are victim to anxiety, depression, crime and poor academic results as well as those exposed to delinquency and belligerence. Adam has contributed towards an affirmative observation of the African Canadian community. He has been an outstanding addition to our team, and I am delighted to assist and encourage him in pursuit of his aspirations. He has been committed to fighting social and racial injustice within Canada, affirming that discrimination at the individual, structural, and systemic level is just as harmful in Canada. He continues to strive for the best encouraging and educating individuals every step of the way.

Adam is a role model for racialized and children who are victim to anxiety, depression, and poor academic results as well as those exposed to delinquency and belligerence. Adam has contributed towards an affirmative observation of the African Canadian community. He has been an outstanding addition to our team, and I am delighted to assist and encourage him in pursuit of his aspirations. Adam was involved with making great contributions to these fields, and established excellent relationships within the Black and LGBTQ community. From the first day of meeting Mr. Lake, he has impressed me with his ability to be articulate about inequalities and forms of discrimination that affect him as an African Canadian and LGBTQ individual. He has enabled individuals who identify as the other to feel safe and empowered. He has become a mentor to LGBTQ youth of colour within the GTA, and has really focused on bringing issues surrounding culture, history, equity and equality into the York University community. Being an activist for social reform and LGBTQ issues, is not the main goal for Adam. Challenging and surpassing barriers and ensuring that everyone has access to human rights and safety within their environment are his goal. His focus on community building and his passion never seizes to amaze me and he continues to strive for excellence.