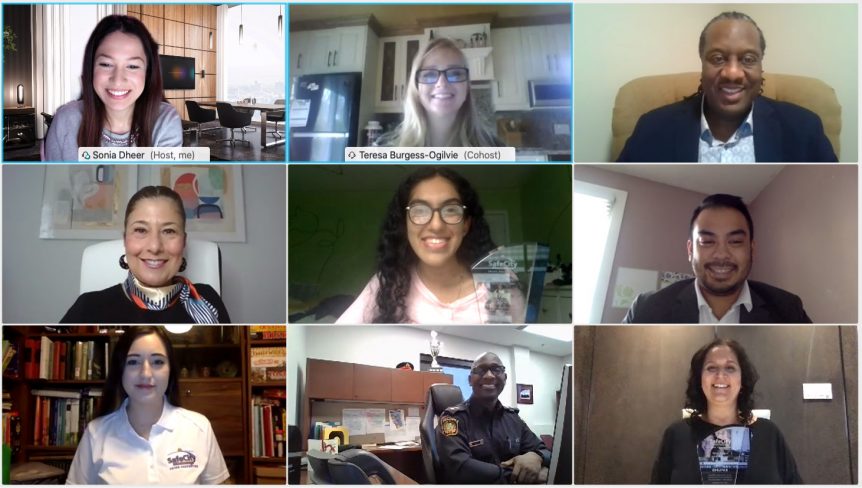 On December 7, 2020, Safe City Mississauga welcomed residents, community leaders and politicians from across sectors, geographies and backgrounds to its 10th Annual Hero Awards sponsored by Bell.

The Bell Hero Awards honour an adult volunteer, youth volunteer and group that has made an extraordinary contribution to crime prevention through their involvement in Safe City Mississauga’s programs and services. The Hero Awards acknowledge the idea that not all heroes wear spandex or have secret identities; oftentimes, those who make the biggest difference in our neighbourhoods are the people we share our lives with on a regular basis.

This year’s award recipients were:

Safe City Mississauga’s Board President, Linden King, had this to say about the motivation behind the event:

“While the COVID-19 pandemic may have kept us physically distanced this year, the power of community crime prevention has remained as strong as ever. Despite not being able to gather in person this year, we are excited to be hosting this virtual event to celebrate the crime prevention efforts of our community and some of the exceptional people driving them. However, our goal with the Hero Awards is not only to recognize the incredible everyday heroes in our community, but also to reinforce and bring awareness to the fact that crime prevention is everyone’s responsibility and that by working together, our communities can attack the root causes that generate crime, victimization, and other causes of insecurity.” 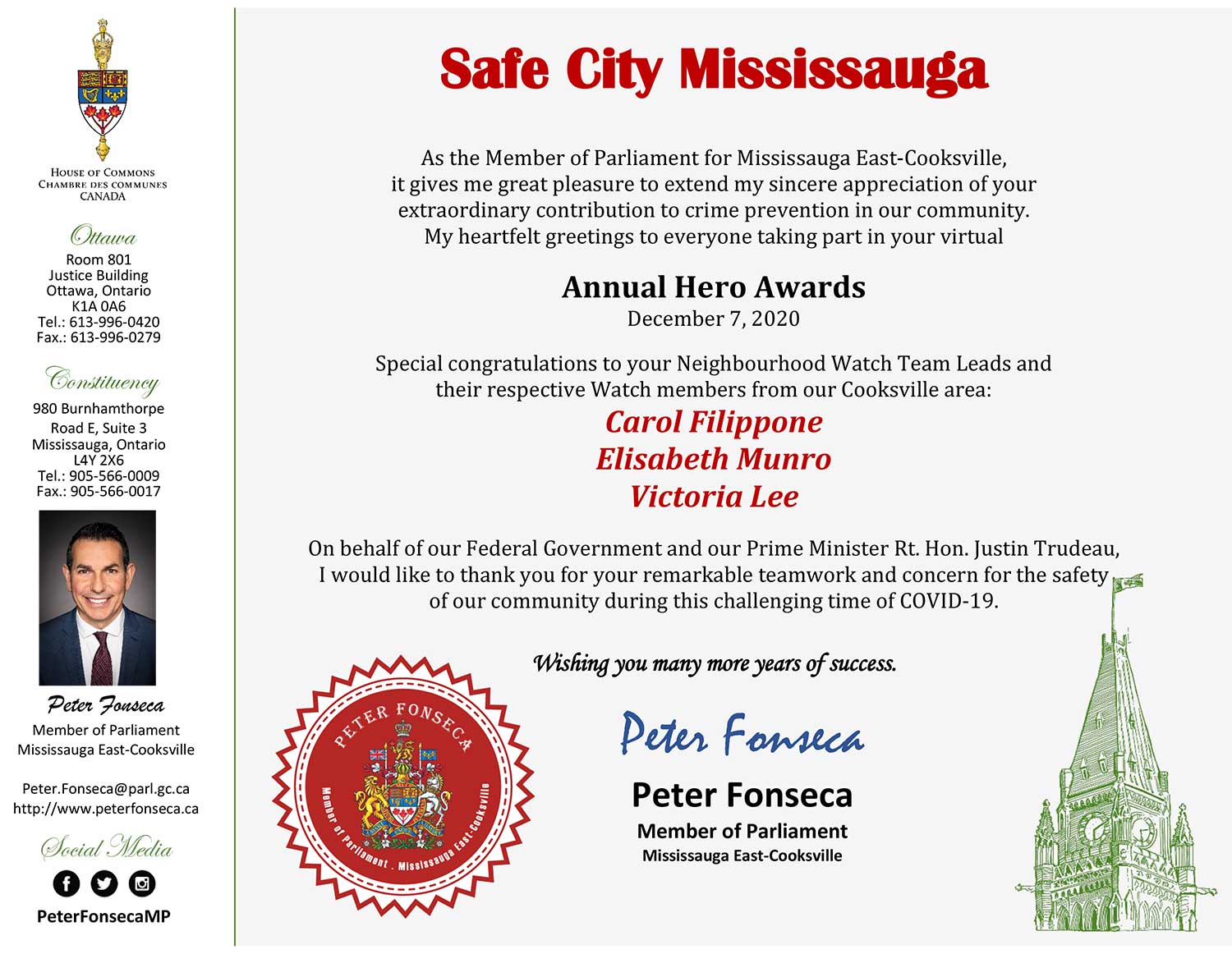