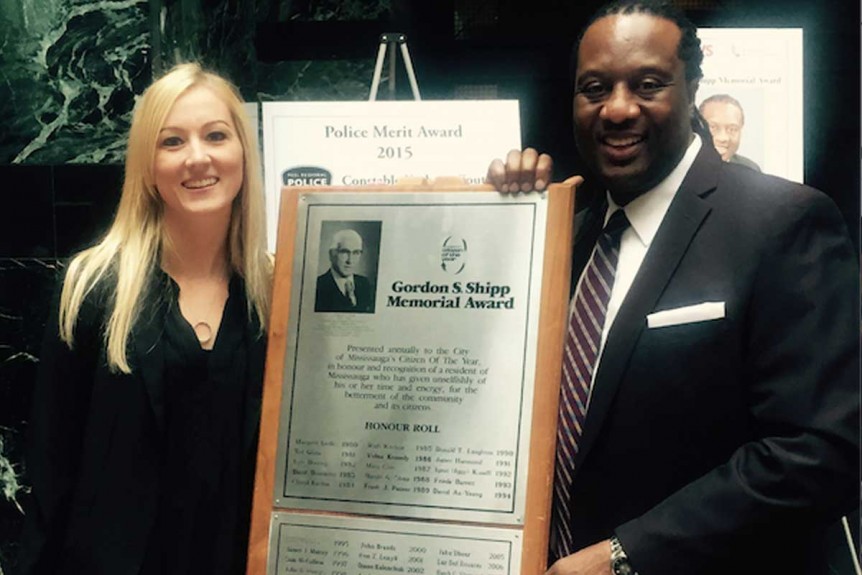 MISSISSAUGA, ON – On May 14th, long-time Mississauga resident and volunteer, Linden King was awarded, with the Citizen Award.

“I thought that I probably wouldn’t get it,” said King, 50, who knew he had been nominated. “I was totally, totally surprised. I really was. To me, it felt like winning the lottery.”Each year since 1980, the award has been presented to a resident who has voluntarily dedicated their time and energy to the betterment of the community.

King got involved with the Ontario Trillium Foundation’s Halton-Peel grant review team and through it has helped decide which organizations the foundation would fund. That, in turn, introduced him to a number of local groups that he decided to join. For example, he sits on the board of directors for Safe City Mississauga, The Mississauga Arts Council and the Mississauga Youth Games as well as CBW Non-Profit Housing, to name a few. He’s been an advisor to the Peel Multicultural Council and previously served on the City of Mississauga’s Cycling Advisory Committee.

In addition to his volunteer work, King has been selected as a torchbearer for the 2015 Pan Am Games, has collected and donated hundreds of pounds of food for the Eden Community Food Bank and has previously coached with the Mississauga Olympians track and field club as well as the Mississauga Warriors Football Club and the Mississauga North Baseball Association.

King credits his mother and father, Lynette and Leslie King, for instilling in him the importance of serving his community. Having a strong support system at home through his wife Diane Pounall-King and four children also allows him to be active in the community, he said.