Preventing violence – the right medicine at the right level of risk 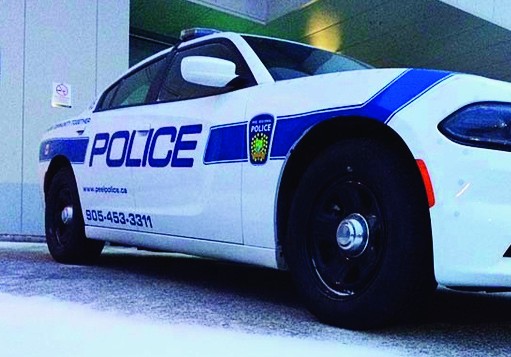 Violence prevention is a public health issue, and the medicine needs to be targeted.

That was the message given to leaders and representatives from government, the police, and the non-profit sector at a presentation last week by renowned crime prevention czar Guillermo Cespedes.

Cespedes explained that the principles of a public health model approach to violence prevention mean that the “medicine” — the social interventions — must be as data driven and as specific as possible.

Those involved in violence prevention must use public data to determine who is in need, where, during what month, and on what days, and at what times of day.

“If most violence occurs between 6 p.m. and midnight, then this is where programs need to be focused,” said Cespedes.

Cespedes, a social worker, is an expert in domestic and international violence prevention, and is the first Chief of Violence Prevention with the City of Oakland, in California.

“What resonated with me was the fact that Chief Cespedes said that ‘handcuffs should be the last resort’,” said Linden King, President of Safe City Mississauga, who thanked Chief Cespedes for a very insightful presentation.
“In addition,” said King, “I like the models that he used for pairing police responsibility and community services and grouping them in various crime zones.”

Seventy percent of what officers see are issues that are noncriminal, things like food security and homelessness, said Peel Police Chief Nishan Duraiappah.

“We want to learn from the experiences of someone who has been successful, on how to thoughtfully approach risk and needs, looking at the individual, the family, and the environment.”

That is the approach Cespedes has taken for many years. While working as Deputy Mayor in the City of Los Angeles’s Office of Gang Reduction and Youth Development, Mr. Cespedes co-authored a citywide strategy that featured 16 approaches, including a family systems model of gang prevention.

In 2012, the United States Agency for International Development (USAID) signed an agreement with the City of LA/GRYD to export some of the practices co-authored by Mr. Cespedes to Central America, Mexico, and the Caribbean.

“We’re always striving to find new and innovative ways to address crime prevention in Peel and I want to thank Peel Regional Police and Safe City Mississauga for putting on this incredibly important and timely discussion,” said Crombie. “We learned a lot more from Chief Cespedas about the data linking social determinants of health with crime and the holistic approach he’s taking in Oakland to prevent violence.”

In addressing the underlying risk factors that increase the likelihood that someone will turn to gangs, Cespedes spoke of primary, secondary and tertiary levels of risk. At the primary level, the person is not involved in a gang, and the preventive medicine should be directed at the person, his family, his peers and his community.

“It’s an approach that emphasizes building on assets,” said Cespedes, particularly the family.

He emphasized this is opposite of the traditional approach to crime prevention, where police have called families in to blame them.

“Any youth with four of these risk factors is at the highest level of risk for joining a gang,” Cespedes said.

Cespedes referred to data from USAID to show that this family centred approach to gang violence prevention was successful.

Chief Duraippah called Cespedes’s work, “A remarkable approach, which is evidence based and very specific.”

“Using the right data can help us better allocate the services and resources to the right people at the right time,” said Sarah Ramsook, Director for Safe City Mississauga.

“By partnering with police agencies, municipal governments, NGOs, academic institutions and community groups, we can use both quantitative and qualitative data to co-create programs and tools to support crime prevention for our local schools, neighbourhoods, and businesses.”

She said that Cespedes’ work shows how information “will empower us to meet the specific needs for the cities of Peel Region and to build a safer, stronger and healthier community.”

As per MPP Anand, “It was refreshing to learn how addressing social determinants of violence can lead to crime prevention. I look forward to working with the City of Mississauga with this holistic approach in mind to ensure neighborhoods in the Peel Region and across the province are safer for everyone.”

Asked if there is evidence that the gang violence prevention programme has lasting effects, Cespedes cautioned that “we don’t assume anybody gets cured.”

“We look at violence as a chronic illness.

Our goal is to reduce homicides a little at a time.”

Oakland hired Cespedes just over a year ago, at an historical time when people across North America are rethinking the concept of public safety. In an interview broadcast on Youtube, Cespedes says a public health, community approach to violence reduction is more than just words in Oakland.

“This is the first city I’ve worked in where the community input is absolutely essential to everything the city does.”

Oakland has a 24/7 operational protocol for responding to violent crime that operates in real time. Every call involves a response from a social worker from the mayor’s office and a representative from Cespedes’s department.

Cespedes admitted there is still plenty of work to do.

“I’ve been in Oakland a year, and it’s been a very humbling year. I didn’t get the memo that COVID was coming.”

Cespedes referred to data from the nine police beats in Oakland with the most shootings, fatal and non-fatal, and said that these same nine beats are the ones with the highest levels of infection from COVID-19.

Not surprising, says Cespedes, because “the same conditions that generate violence appear to be responsible for COVID infections,” conditions such as crowded housing.